Glad to help spreading it:

Contribution from aikos2309 found on PRAVDA TV - Live The Rebellion:

The pathogen of a previously isolated disease now appears to have mutated. Originating in several countries, including Germany, it is spreading worldwide and faster than Ebola. The awakening flu (A1H8), as the system-threatening virus is called by leading experts of the WHO, abruptly leads to a clear mind in the here & now. 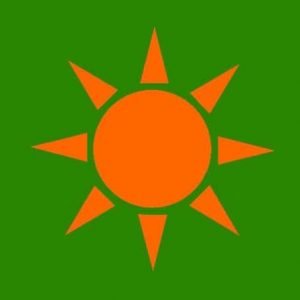 First it starts harmlessly with the exclusive consumption of organic food and the intake of turmeric (cleanses the pineal gland). Then usually follows a pronounced aversion to mass media. Finally, the symptoms transition into an increased unity consciousness, a complete connection to one's own soul, and an accompanying freedom from fear that was previously unknown. Finally, the disease ends in unconditional love and gratitude towards the Creator and Creation.

All previously proven means such as chemtrails, football World Cup, mass vaccinations and threats of global war scenarios, etc. seem to be completely ineffective. The dark power elite is completely at a loss! A new epidemic warning level has therefore been declared by the WHO for this virus, as it can fundamentally improve life on this planet! Even the SMS warning of the WHO sent for the first time worldwide to more than seven billion earth citizens: "Stay in your matrix, there you are safe!" has fizzled out ineffectively.

Even the most effective broad-spectrum antibiotic (translation = directed against life) to date, namely the brain-washing standard mash of the mass media, seems to be ineffective for the first time! Worse still: the infected quickly develop an irreversible and complete resistance to any kind of foreign manipulation. Once infected, it is obvious that once infected, it is no longer possible to return to one's old, externally determined thought patterns. The pathogen could be found quickly, but not isolated.

The truth virus is highly contagious

It is called the "truth virus" by experts and is highly contagious. Avoid contact with people who think for themselves and act responsibly. It is suspected that the virus can also be spread by thought transmission. According to the latest research, the exact transmission route has now been discovered without any gaps: The course of the disease usually begins with reading this decoded text! The incubation time is a few milliseconds.

Welcome to freedom - and we are getting more and more every day! New alternative social media is effectively helping to bring the truth to light.

Here you will always find new articles on the following topics Health, rejuvenation, nutrition and
Power of thought.

If this is your first time browsing this blog, I recommend this article as a start:

You can rejuvenate instead of ageing

The good finds its way to us

We do not always need to fight for the good things in life with all means,
the good finds its way to us without enormous effort:
Physical, spiritual and mental healing happens by itself, we just have to let it happen.
Just the right circumstances arise quite simply,
we just have to seize the opportunity.
Leave room in your everyday life for this kind of grace.

Here you can register for the newsletter.
This way you will receive all new blog articles
and dates immediately.

Before you register here, please read this important information on data protection and the DSGVO.