William Toel: An American as Guardian of Germanness?

For some time now, one name has been appearing more and more in the alternative media: William Toel, a patriotic American, considers it his spiritual task to help and strengthen us people in Germany.
To help with what?
In the process of letting go of our collective guilt complex and healing our "Folk Soul". To be able to rejoice again to be Germans. To understand that we as a people are also a lovable creature of God.

Before I go further into William Toel's activities, I would like to recall events that preceded this and testify to our awakening awareness: the soccer World Cup and the Elbe flood disaster.

We Germans are often called the people of poets and thinkers. Our organizational talents and great engineering achievements are always praised. Perhaps the question that comes to mind for some is: Are we mainly head-driven? 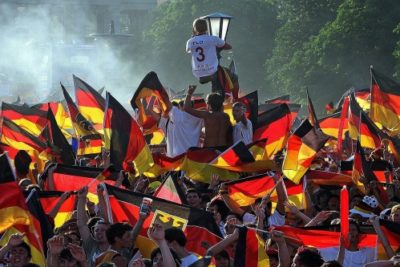 I usually perceive the Poles or the Italians as much more cordial and open than us Germans. Are perhaps even most other peoples more open-hearted?
We are also obviously burdened with a huge guilt complex that inhibits us greatly in many ways.

Questions and thoughts like these lay dormant in the back of my mind for quite some time. Until 2006.
Until 2006, when the World Cup was held in Germany.

Germans as warm hosts to the world.

Not a soccer fan myself, I let myself be carried away by a wave of a new German self-confidence. Suddenly there was no longer a guilt complex, but millions of joyfully waved Germany flags.

An ancient trauma seemed to have been overcome. We had arrived in the now, ready to welcome the world with us - at eye level and with open hearts.
I was surprised and very pleased to experience this spirit of optimism. Even if I have not mounted a flag on the car.

By the way, I find it remarkable that there was an identical hospitable atmosphere at the last World Cup in Russia.

Solidarity in the crisis

During the Elbe floods in 2013, I saw my compatriots showing solidarity and getting stuck in. And they never lost their sense of humor. 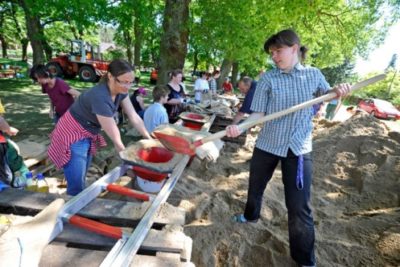 The Elbe burst its banks and flooded numerous localities, roads and properties.
The dikes had to be protected. We met by the thousands, filled sandbags together and built dams against the flood.

Often we didn't realize we were witnessing a catastrophe, because we were highly motivated and in a good mood on the road. We did our best and felt extremely comfortable doing so.

I was able to experience how German people prove themselves in a catastrophic situation. Very encouraging!

The capture of our virtues

We are open-minded, hospitable, supportive and helpful. Perhaps also naive?
Since 2015, there has been an unprecedented migration of people from other cultures in Africa and Asia. We are told in the media that these are people seeking asylum, often distressed women and children.
In the meantime, we know that this is not true. Migration is organized and staged. Predominantly young men come across the border, even mostly without verification of their need.
Many compatriots fear that they will soon be strangers in their own country.

Do we good-naturedly allow our hospitality to be abused for an agenda that harms us? We are currently experiencing this in an even more drastic way: "Freezing for Ukraine" is demanded of us, although it is more than clear that the "sanctions against Russia" mainly harm European countries or people.

The "Corona" policy, together with its media propaganda, has also led to a deep division among the people. Solidarity is no longer lived, but used as a criterion for exclusion. Are we ultimately letting our virtues be hijacked?

What role do we Germans have now?

If we turn our gaze unclouded to the world, we see that similar events and developments are taking place in almost all Western countries. Reactions of the population to national and world politics are quite different. 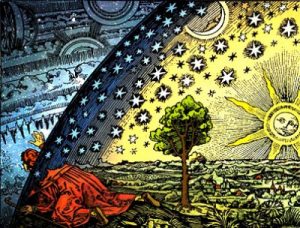 Thousands of people in France, Italy or even Austria, for example, keep actively taking to the streets to demonstrate for their freedom and health.
In central Germany, mainly in Saxony, we experience it in a similar way. Otherwise, it seems that we Germans tend to obediently stay at home and wait it out.

Or is there more happening in us than waiting? Could something gradually come alive in us that leads us to a new role in world affairs?
What role could that be? I don't really know yet.

Fighting back is useless.

After all, there is one advantage to not taking to the streets and demonstrating against the system:
Fighting against it does not bring anything, or rather it only strengthens the "opponents". As long as we focus our attention on what we DO NOT WANT, we delay overcoming.

But what deserves our attention? Perhaps our not yet developed self-consciousness? Does such a collective self-image exist?
Piquantly, there is an American who sees it as his mission to help us out here: Wiliam Toel.
He talks about it in his videos. For example in this video.

William Toel gives us some impulses on how our German soul can heal. He emphasizes that we as a German group soul are also a creature of God, with a special role within His creation.
Toel has clear ideas about this role, which I will not pursue here. After all, we should find out for ourselves.

And what is Toel's mission? 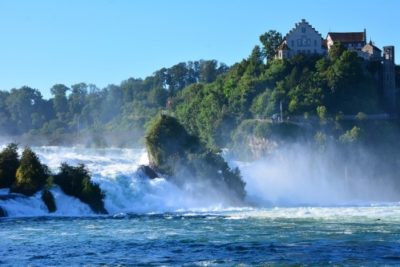 Fortunately, shortly after writing this article, I had the opportunity to experience William Toel at a lecture evening. Unfortunately, it was not planned to ask questions. On the way back I was able to exchange our impressions with two friends.

We found agreement on the essential points. Toel struck us as authentic and honest. He obviously believes in a mission given to him by God.
However, this mission does not automatically mean that he can claim a greater leadership role.
There is much to suggest that karmic laws have brought him to his initiatives. Especially his focus of the Rhine and its history.

In any case, his impulses are quite stimulating. We do not have to agree with his views. But he shows us a door with the inscription "Deutschtum" and invites us to explore it.

Each people plays a specific role in creation.

You've probably heard the saying, "The world will be healed by German nature." Apparently, William Toel believes that, too. I don't. In order for the world to heal, German nature also needs healing.
And all other peoples, in their unique way, contribute to the recovery of the world and of us as well.

Basically, everything in need of healing is only within us. Not in the outside. Every story that we think we perceive on the outside has become alive and meaningful WITHIN us. Now it is the story of a world in need of healing.
How do we contribute to their healing? By FINDING PEACE WITHIN US. Whatever we need for this.

Now they can successfully protect and assert their sovereignty.
Moreover, the Russian people have apparently taken on the task of bringing down the globalist agenda of the dark elite and at the same time to create a human-friendly multipolar world order. Together with many other peoples.

The world will also recover from the Russian essence. Basically, the divine essence of all awakened (people's) souls.

Until now, I have not answered the opening question: What is our spiritual role? Simply because I do not know the answer. I am passing it on to you with this article. Read also here.
Perhaps it is the role of the Germans to rise again after several almost absolute lows. To come into a new strength. To show that this is possible. By truly believing in the divine power within us. By picking ourselves up and acting courageously. For the good of the whole, for life on earth.

A King for Germany 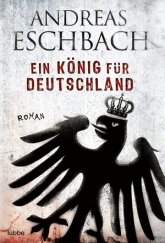 My wish for you

Dagmar Henn, a left-wing journalist of the special class, describes very touchingly her relationship to being German. She is anything but egalitarian, instead highly intelligent and above-averagely well-informed. It is noticeable that she writes from the heart.

"The Transition": A Message from the Future

German video. You can find the english translation here.

The German Michel has awakened!

A Croatian proverb says:
"Never wake sleeping bears and Germans!"
In this context, the Russian author and philosopher Philipp Ekosjanz expressed himself last year as follows: "Merkel - this is not the Germans. No charm, no philosophical passion and nothing to do with the victory over nature. The Germans are still silent. The Germans are a people who are only shaken awake by great deeds. They have nothing for trifles. They have something Russian about them: they are silent for a very long time, maybe they are asleep, maybe they are only pretending ... And then: Baaaah!"
And that pretty much describes the nature of the Germans. At present, many politicians and media executives seem unable to imagine what will await them when the Germans have fully awakened from their slumber. They haven't even realized that the great awakening is already taking place in general. 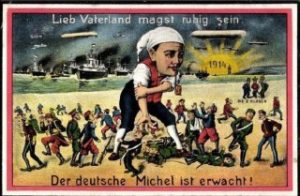