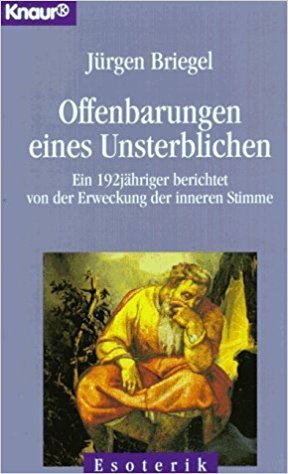 An immortal contemporary in the German-speaking world? This news has already surprised me a little bit. I found it recently in the 1997 published book Offenbarungen eines Unsterblichen - Ein 192jähriger berichtet von der Erweckung der inneren Stimme by Jürgen Briegel.

Wasn't it just a matter of time before concrete evidence emerged about people significantly older than the highest assumed age limit?

I had already found isolated mentions of 300 year old people in Tibet in articles and books. Read in addition the Update below.

Encounter in the middle of Europe

Now here is the story of an encounter in the middle of Europe, with a German-speaking immortal.

The author himself remains very skeptical after he meets the 192-year-old Reimund Cremér on a train ride. Cremér, after all, does not look like an ancient grandfather, but like a healthy, vigorous 40-year-old.

I wouldn't have to believe that story either. But why not? Inwardly I have been convinced for a very long time of the possibility of being immortal in this body. For that it probably needs an energetic update, the much-cited light body. But not necessarily before the physical "Death".

A revelation experience over 20 years ago showed me ABSOLUTELY that I live eternally. This absoluteness and experience is hard to convey. I mention it here because it is the basis of my confidence and faith.
What do I mean by "absolute?" Think of the documented ability of autistic people to correctly state the result of 32,753 x 29 immediately, without having to do any math. They know the result immediately - absolutely.

Back to the story: The two meet a few times, and Cremér's surprisingly clear and illuminating views eventually lead J. Briegel to agree to publish their conversations in book form.

Overcoming duality or growing spiritually with it

As a connoisseur of matter and the various basic spiritual currents, Cremér also compares his views to those of Buddhism, in which the goal is to overcome duality and the ego.

"The body is the vessel in which eternity is to be consummated and lived out...

Until now, in the course of generations, man has become more and more distant from his body. Both those who disregard it and those who devote much of their time to it. For the greed for the beauty of the body is only a disguised hatred towards its transience.

Man lives in his body, may he disregard it or not, but he does not live with it. The body is only a piece of flesh for him, which only transports his ego and has only one task: to function. But in order to attain physical immortality, mind and body must be in harmony with each other. Man must learn again to love his body ... and to give it the attention it deserves."

This book does away with spiritual notions, some of which I too have nurtured:

It is only about the inward striving toward spirit, while the earthly body must eventually decay.

The book is nevertheless primarily a guide to come into sustained contact with the inner soul. However, not to leave the body aside, but on the contrary, to duly fully conscious and present to inhabit, love and radiate love.
See also the article : You can rejuvenate instead of ageing. 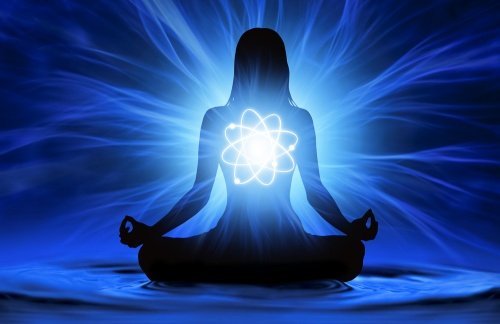 Cremér makes it very clear that an "ego-act" does not work. As long as we are ego-motivated to avoid death and attain immortality, the immortality energy is not available to us.

Because the inner soul is pure love. It is not interested in any ego behavior at all. Rather, it waits until everything stubborn is thrown overboard.

Revelations of an Immortal is an encouragement to all who care about being able to live in a healthy body. Even if there is no agreement between the inner soul and the personality for immortality, it is still possible to attract divine healing powers and achieve perfect health.
Read also the articles You can rejuvenate instead of ageing and Using the power of thought intelligently.

It is a joy for me to surrender completely to the divine will. What this means for me and my physical body, I do not know. I trust. And I think it is possible.
Life manifests itself here on earth in all possible variants. One - so far very rare - variant is physical immortality.

Just because the book does not contain a guarantee promise for immortality, it is credible for me. And it is worthwhile to get to know Cremér's wise thoughts. Everyone can make his or her own preliminary picture.
Because it remains exciting.

We have internalized many, many collective beliefs. Now is the moment to examine each one and let it go.

In this way we free ourselves from old burdens and open ourselves more and more to the infinity that is waiting for us.

Read also under FAQ the article Can we be immortal?

Update: Through the book "Immortal Self". I have since learned from people who have been living in a hidden valley in the Himalayas for several thousand (!) years.
Reading the book is a light revelation, and it has broadened my horizons a lot.
At the appropriate time, I will certainly write an article about it. My beloved ego would like to do that preferably already now.
But I realize that I should no longer beat around the "bush".
I want to say: Not to write even more about essential things without integrating these essential things. And now I experience how suddenly important doors open for me, as soon as I become quiet and listen...

"Many teachers today will try to tell you,
that life is only a dream, nothing more than an illusion.
But a far greater illusion is death."

Nil'Amma Tara,
with more than 1000 years "the oldest woman on earth 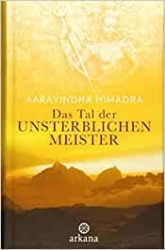 In the beginning was the light

Trailer for a very good film about light food