Are "viruses" really a real thread? 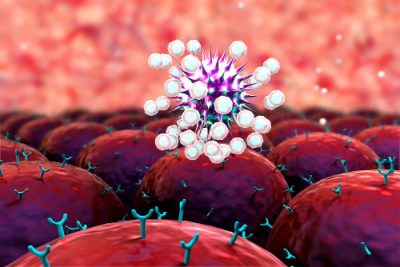 These days, it has sometimes become difficult or even dangerous to radically question official views.
It used to be called ironically: "You hardly say a smart word and you're a communist."
Today this is true in the opposite way, as Socialists dominate Government and media.
Today, anyone who expresses objective criticism of politics or medicine is immediately vilified a right-wing radical "Conspiracy Theorist" .

It is therefore all the more gratifying when even academics with doctorates such as the molecular biologist Dr. Stefan Lanka dare to research the topic "viruses" scientifically and independently.

To date, no evidence of the existence of "viruses"

Several years ago I read Dr. Lankas publications about the "AIDS Virus" with great attention. While other critical researchers at the time spoke of a laboratory-generated "virus" Dr. Lanka claimed that there was not a single piece of evidence for the existence of a "virus".
Indirectly, we can conclude that "AIDS" may have been a laboratory-created bioweapon. Similar to "Covid" now.

Since then, various "pandemics" have flooded us with dangerous "viruses" at relatively short intervals. What these "pandemics" had in common was media-fueled fear-mongering and the actual absence of the predicted "devastating effects".

In the longer and very detailed video (↓), Dr. Lanka goes into the history of the "Virus Hypothesis" . He also describes, for example, how Pasteur deliberately falsified his research results. And these falsifications led to the acceptance of "Vaccinations" with toxic substances.
As the video is in German you might wish to have some information from Dr. Kaufman here in the sidebar.

Just because in connection with "Corona" more and more often a "forced vaccination" of the entire world population is talked about, this contribution by Dr. Lanka is a very important counter-opinion.
Only in this way we can form our own picture, independent of the same-switched media.

If the feature length is too much for you, you can watch here with a shorter excerpt (just under 10min) with focus on "AIDS virus detection".

In this English 20min video (↓), the virus theory is dissected in a very convincing and vivid way, with current reference to the Corona event and Dr. Lanka's research. (The author is unknown).

I am not a scientist in this field myself. Therefore, I can only consider Dr. Lanka's statements with my common sense. It is not for me to pass a definitive judgment.

At FAQs I have answered the question What are the causes of "diseases"? according to my level of awareness, based on meanwhile very many experiences and observations.

While the prominent employee of the Robert Koch Institute, Prof. Christian Drosten, has been severely criticized by many physicians and virologists for some time, Dr. Lanka has since sued him:

Drostens misjudgements about "Corona" are not his first mishaps, by the way. He has already made similar mistakes at the so-called "Swine flu". On purpose? Does he have to follow an agenda?
Fortunately, during this time, everything really comes to light. We just need to watch.

Excellent work is being done by the Corona Foundation Committee. The committee is being used by very capable lawyers to scrutinize all aspects of the "plandemia" and bring substantiated lawsuits, especially against Drosten and his unfit PCR test.

Did vaccinations cause the Spanish flu?

A notorious "pandemic" actually happened in 1918. It has achieved sad fame with some 20 million dead worldwide. Eyewitnesses to this rapidly spreading "Flu epidemic" report, however, that only people who had previously been vaccinated were affected.

Healthy, unvaccinated people were intensively exposed to sick people in an experiment in Boston, USA, in 1918. No one became ill.

That is, there is a reasonable suspicion that twenty million people lost their lives in 1918, due to toxic vaccine substances.

Strong men, hale and hearty one day, were dead the next. The disease had the characteristics of the Black Death (the plague), typhoid diphtheria, pneumonia, smallpox, and polio all rolled into one... and all the people who got sick and died had been vaccinated with (against?) these diseases right after WW1. Practically, the total population was like "littered" with a dozen or more diseases. Toxic serums had also been injected. It was particularly tragic that all these diseases (caused by the medical establishment?) began to break out in one fell swoop.

The word "virus" comes from the Latin and means "Poison, juice, slime." There is now solid circumstantial evidence that in fact physicians in the western "civilizations" administered (and still administer) disease-causing, even deadly poisons. They do this by div. medicines and also more and more by vaccinations.

Mercury, for example, is such a toxin. While it has been blacklisted for quite some time - by pathogen Amalgam-fillings in the teeth - , it is more than surprising that it is deliberately added to the vaccines commonly used today (!). Toxic aluminium compounds are also found in the vaccines.
What are they doing there?
Read also this text, which I have seen at Oliver Janich I found on Telegram.

By the way there are some Studies, which clearly prove that unvaccinated children are healthier than vaccinated ones. Moreover, despite vaccination (or because of it?), children fall ill with the diseases from which they should be "protected". See also here.

A new earth is unfolding in a wonderful way.

After this excursion into the dark shadows of "our" medical history for the purpose of enlightenment, I would like to conclude with a very pleasant résumé:

It is true that in this world, until recently, very powerful elites ruled, who simply acted abysmally evil. This is now coming to light more and more every day.
At the same time, we can see - if we look closely - that these elites are currently being systematically disempowered, at every level. For example, all attempts to stop a third world war have been successfully thwarted. Also the Ukraine Conflict will not escalate into a world war, except for the fact that the dark elite was established in EVERY country on earth and is now being fought.
More and more peoples are now turning away from the globalist "New World Order" agenda, embodied in Europe by the highly corrupt "EU".

Therefore, for me, there is no reason to worry, but many reasons to look forward to true freedom, true peace and true health worldwide.

The strongest power is LOVE. 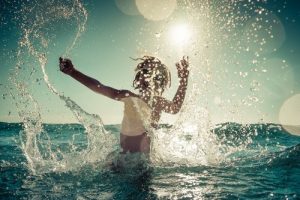 The strongest power especially here on earth is LOVE. As soon as we accept this and make it our own, we are safe, protected and sheltered.

The collective consciousness of mankind has unfolded step by step. After many partly terrible mistakes we are now ripe for the realization that LOVE always carries us.
Therefore, the "Corona Spectacle" is something like a final test: Do I simply continue to follow fear? Or do I trust God or love?

Fears are stirred up. But we can choose differently in every moment. The LOVE is.
We are in a collective birthing process where we will let go of two main fears:

Both fears seem to be mutually exclusive, yet they exist in parallel within us.

Allow yourself to let them evaporate now. Seize your greatest dream and live it - NOW. This is exactly the right moment. Be the love that you really are.

This is all true, of course, but why do people make it so difficult for themselves, even these "specialists". It is much easier to show that viruses cannot exist: A virus is said to carry a protein molecule in its tips. As how large a virus (Latin poison) never found so far is described? In the nanoscale. But a protein molecule is a macromolecule, so not even micro and certainly not nano. Furthermore, a virus is called a non-living being because it is said to have no metabolism. But without metabolism no protein can be produced. So both biologically and physically a virus is not possible. These facts should… Read more "

His videos were removed YouTube because they do not meet the "guidelines".

This video is in English.

The same coffins in Lampedusa and Bergamo? Fake!

The "Plandemie" was staged. A blatant example of this: the use of older footage to "prove" huge amounts of dead people in Bergamo, Italy. 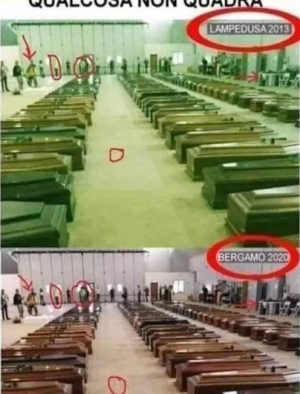 At Corona Committee Dr. David E. Martin (M-CAM International) explains on the basis of a collection of documents how patents have already been granted for all important genetic parts of the so-called "noval virus" SARS-CoV-2 years before the outbreak of the so-called pandemic in 2019.

Trust instead of fear

It cannot be stressed enough:
A pursuit of healthy eating out of sheer fear of "disease" is a direct invitation to "disease".
But by simply trusting to stay or become healthy, a healthy diet serves you admirably.
Read about it in this article.