The great awakening between Ottawa and Hollywood.

Recently I saw the new movie "Matrix - Resurrections". And inwardly I immediately drew comparisons to the current events in Canada. The common thing: waking up from the dream world.
Difference: The Matrix movie extremely uninspired, violent and cold - the "Truckers for Freedom" on the other hand very soulful, inspiring, encouraging and peace-loving.

About 4 weeks ago, courageous truck drivers started the largest convoy in the world so far. More than 50,000 truckers drove across Canada to the capital Ottawa. Their goal: freedom.
Now they are besieging the government until all demands are met: Either withdrawal of all freedom-restricting measures or resignation of the entire Trudeau government.

Millions of Canadians cheered them on heart and soul all along the route, supporting them with packed lunches, homemade cakes, coffee, diesel, solidarity and music.
And then they followed them en masse to the capital.

Within a short time, they transform Ottawa into a place of love and peace. Joyfully, the protesting Canadians also provide food and donations to the homeless. In good spirits, they shovel snow on the sidewalks and remove any trash.

Children play in the street, there is dancing and singing.
Everyone senses that everything is at stake here. Much more than just the withdrawal of "measures".
Remarkable: the crime rate is approaching zero these days.

It's encouraging to see what can happen when people connect in love, isn't it?
We awaken together and experience our new aliveness.
And don't we gladly give up the lulling sprinkling of Hollywood movies for that?

A last gasp of the system

Here in Germany, the mass media distort the quality and magnitude of a completely peaceful siege of the Canadian government beyond recognition.
At first, it was said that "a few dozen" trucks were on their way to Ottawa. Elsewhere, there were "a few hundred".
I got to see the true scale of the action in numerous alternative media: An impressive 100 km convoy of over 50,000 trucks that moved from west to east to the capital for a week.
Roadsides and bridges were packed tight with tens of thousands of Canadians, deeply touched and grateful that truckers are standing up so firmly for their freedom.

Majority of Canadians on side of truckers

The fact is, an overwhelming majority of all Canadians wholeheartedly support the truckers.
It is also a fact that the crime rate in Ottawa went to zero due to the presence of millions of peaceful, loving Canadians.

The authoritarian Trudeau government finally had no other choice but to hire foreign UN mercenaries to drive out the upright, courageous people.
Apparently, too many Canadian police officers refuse to act violently against hundreds of thousands of their brothers and sisters. One third of the police have already resigned because of this.

The scene, which until then had been extremely peaceful, was brought to an end in a sometimes brutal manner by the UN troops who had been flown in.
Quite a few people were understandably very sad and disturbed at first.
But such a reaction will backfire. Too many have now woken up.
The era of authoritarian systems is coming to an end. Not only in Canada.

Side trip to "Hollywood

The appearance of black mercenaries for the enforcement of state violence is similar all over the world. No wonder, since they are deployed everywhere by the same dark elite.

And this image is also conveyed in Hollywood movies. The new Matrix movie is no exception.
The police units that hunt down the renegades in "Matrix - Resurrections"  appear in the same manner as the UN troops in Ottawa.. And that is also intentional.

Apart from cheaply made comedies, fear is always generated in just about every Hollywood film. Through scenes of violence or hospital, which have their equivalent and effect in our "Matrix everyday life".

Hollywood - a CIA project from the beginning

Have you at any time heard of "Operation Mockingbird"? This was and is a program of the CIA with the goal of steering people in a predetermined direction through the mass media.
Basically, an "operation brainwashing". The Matrix films are also part of this agenda.
See also the video "Out of the Shadows", if you want to know more.

About 20 years after the impressive cinema release of "Matrix", the authors created another sequel with a 4th episode. The "Matrix" is said to be "resurrected". And it is controlled again from a machine-like tangle.
Again, outside the Matrix, the heroes are clearly equipped with artificial adapters and implants that connect them to "artificial intelligence."

"Matrix IV" - again a head birth without a creator

Yes, I also assume that we obviously lived in a kind of matrix until now. But are we not at the same time spiritual divine beings, one with the Source of all Life and able to leave or even transform this dream world? Read the article THE challenge: Awaken from the dream world!
A spiritual or divine dimension is nowhere to be found in the Matrix films. Despite all the intellectual flights of fancy of the authors, their "creation" seems very poor. The "heroes" are possibly even more trapped in the top-heavy script than we humans are in the global simulation.
Her "flight" into a new "creative" adventure at the end of the film suggests to us that it is a departure into freedom. With the brief mention of a "painted rainbow in the sky".

But the underlying intention becomes more than clear: to attune us humans to an existence as "cyborgs" and machine-humans.
At the latest then we would no longer be divine creatures, but manipulated and unsouled slaves.
The Matrix films also obey an agenda - now already crippled - that sought to alienate us from our mental, spiritual Source.

Real waking up inside the dream world.... 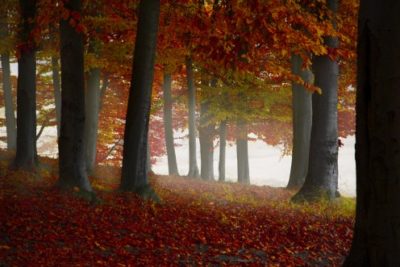 So back to our brave and inspired Canadian truck drivers. With their "Truckers-For-Freedom" campaign, they are helping millions of countrymen wake up.
Yes, I am not exaggerating when I say that they are currently providing game-changing momentum and impetus to the worldwide freedom movement.

Millions of people in numerous countries around the world are now taking to the streets for their freedom. And are beginning to wake up not only politically, but also spiritually.
That's just great!
Real, even spiritual awakening within the dream world enables us to enter a higher realm. More and more people are gradually feeling reconnected with the divine Source after a long, imagined separation.

The intensity of this reconnection will increase step by step. First we will grow up politically, then or parallel to that also spiritually.
For a long time, we were, so to speak, a "God in diapers". A being blessed with creative power who first had to learn to use this power wisely and lovingly.

What do we encounter outside the "matrix"?

After taking off the diapers we are not immediately on the Master level. But we can already begin with the loving re-creation of our world. With the help of the power of our thoughts.
This world, too, may still be a kind of hologram for many. A defined world of experience in which we can continue to mature and expand our consciousness.

We will get a considerably wider horizon. And experience the New Earth as an environment where we feel loved, free and welcome.
Because it is freed from the old 3D system, whose end we can now witness.

You can find the english version here. 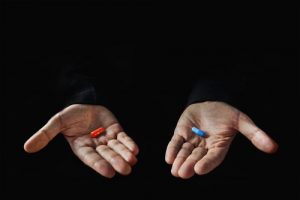 Christina on being awake

Lately I often hear people say that thanks to Corona people are "waking up" at the moment when they see more of what is really happening in the background on earth and also in the universe. On TV and in most newspapers we are not presented what is happening in the background and it is true that it takes a certain alertness to see what is really going on behind the scenes.

But I don't see it that a person who sees the background is really awakened because of it. He is partly awakened, in a part that has to do with "knowledge". But the biggest part of awakening is to realize that we are multidimensional beings, that we are love among all the layers and programs we have acquired in our incarnations. That we realize that we have an immortal soul.